From Belgium to Hayastan: How Language Shouldn’t Hold You Back

Even though I’m receiving these compliments, I believe they’re meant for my parents. They are the ones who pushed us to speak Armenian and raised us to be hayaser Belgian-Armenians. And for that I’m very grateful.

I was born in Belgium to Armenian parents from Aleppo, Syria. My entire life I’ve lived in a small Flemish town with my parents and two older brothers. Belgium didn’t have a big Armenian community when I was growing up. The only Armenians I came in contact with were my parents’ small circle of Armenian friends (Eastern and Western). All my relatives live abroad in Syria, Lebanon, France, Canada, the United States...you know, the Armenian way. Our yearly visits to Montréal and Aleppo were the only times we encountered big Western Armenian communities.

Because we weren’t surrounded by many Armenians and we weren’t getting Armenian language classes, my parents made it a point to only speak Armenian at home. Any time my mom would hear us kids speak Flemish she would yell “Hayeren khosetsek!” (Speak Armenian!) from the other side of the house. So even though I still have a hard time reading and can only write my name in Armenian, I do speak it fluently.

My brothers and I attended a school where we were probably the only kids with a different ethnicity. It was very normal and weird at the same time. No one ever made me feel like I was different on purpose, yet there would be moments where it was obvious to me that I was. And it was no one’s fault, it’s just something you experience when you’re not a native of the country.

Although I felt different from my peers at times, I never felt embarrassed for being Armenian. I comfortably spoke Armenian with my parents in front of my friends. I was never embarrassed for my parents’ broken Flemish. I would take mana’ish and Lebanese bread with string cheese to school. Friends would think my Lebanese bread were pancakes, which would annoy the crap out of me. I did, however, appreciate that they were curious and always willing to taste whatever I brought with me.

Over the years, through listening to my parent’s Eastern Armenian friends I started understanding the dialect more. I still have some difficulties, especially when Russian words enter the conversation, but I’ve definitely become more comfortable.

It’s funny how I sometimes felt like I didn’t speak Armenian well enough because I mix in a lot of Flemish and English words. Yet I’ve gotten so many compliments this past month in Armenia on how fluently I speak. Even Western Armenian speakers, who have attended Armenian schools, hadn’t noticed I never got Armenian language classes. My fluency in Western Armenian is even the reason I got to volunteer for Repat Armenia as they specifically needed a fluent Western Armenian speaker for a project.

Even though I’m receiving these compliments, I believe they’re meant for my parents. They are the ones who pushed us to speak Armenian and raised us to be hayaser Belgian-Armenians. And for that I’m very grateful. 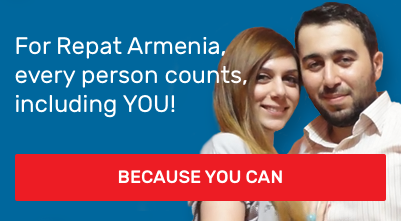 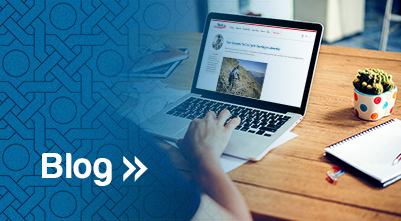 Want to connect with Armenia but don’t know where to start? See all the different ways below and get engaged!
Study Support Visit Volunteer Invest REPATRIATE Live